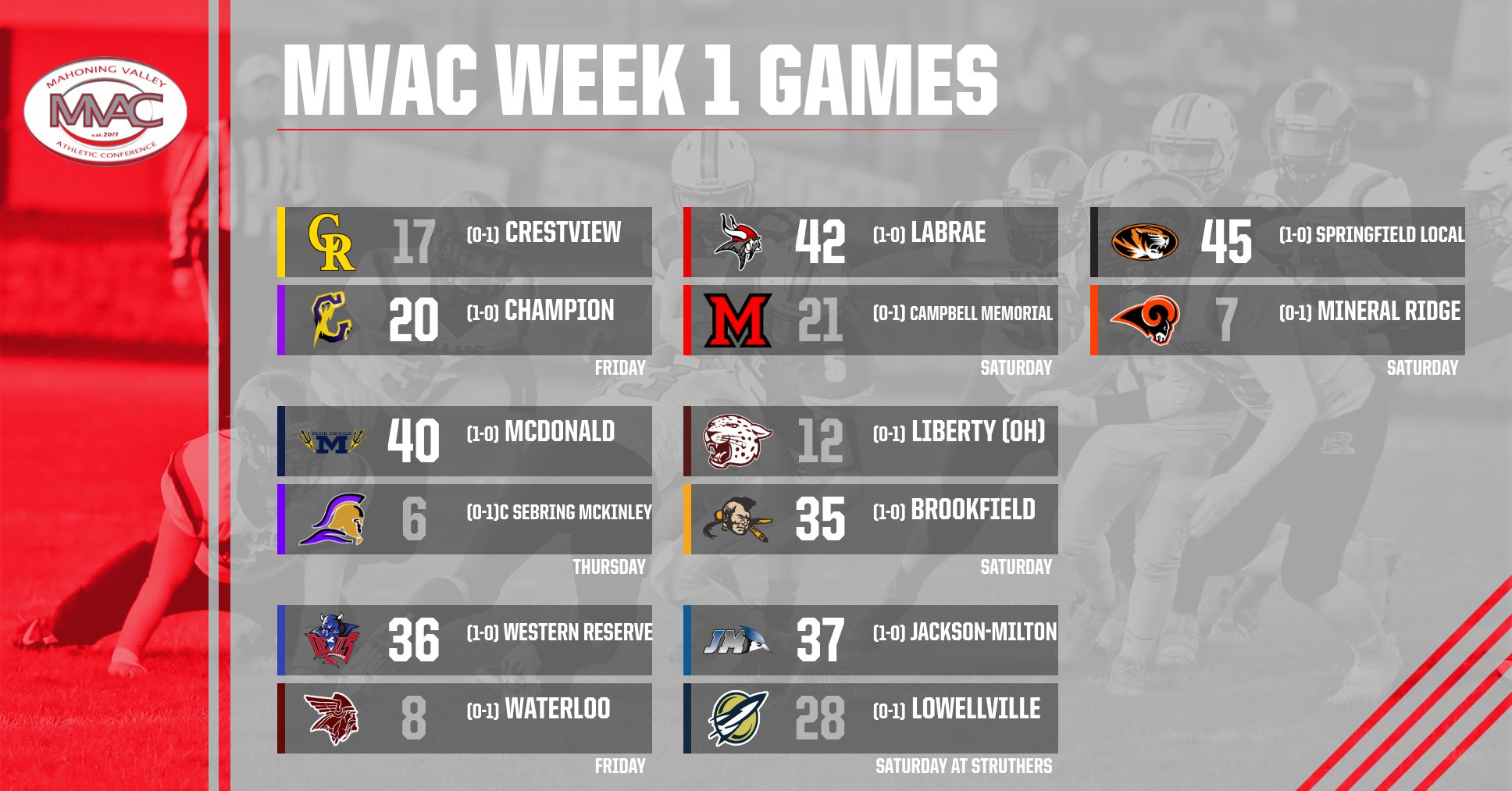 The first week of MVAC football started with Sebring and McDonald. There Thursday night kickoff at 6:30 PM officially started high school football across the state of Ohio. The Blue Devils were able to cruise to a 40-6 victory over the Trojans. In other action in the scarlet tier, Western Reserve fought the harsh elements to defeat Waterloo 36-8. While in the grey tier, Champion was able to come from behind to down Crestview 20-17.

On Saturday games from both tiers took place. Division IV State runner-up Springfield opened the season with a 45-7 win at Mineral Ridge. Jackson-Milton came up with a win at Lowellville 37-28. LaBrae starts the season with a win over Campbell Memorial 42-21. While Brookfield defeated Liberty 35-12. 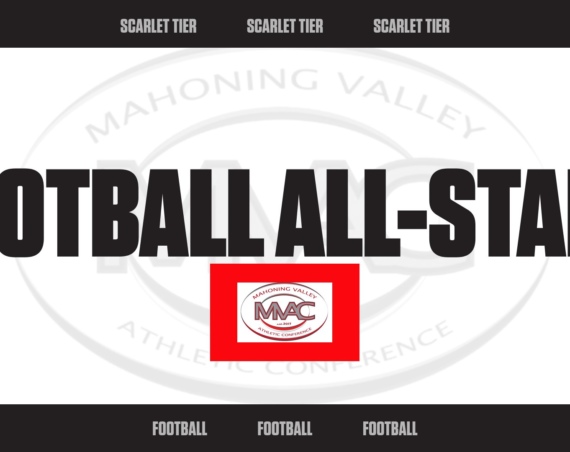 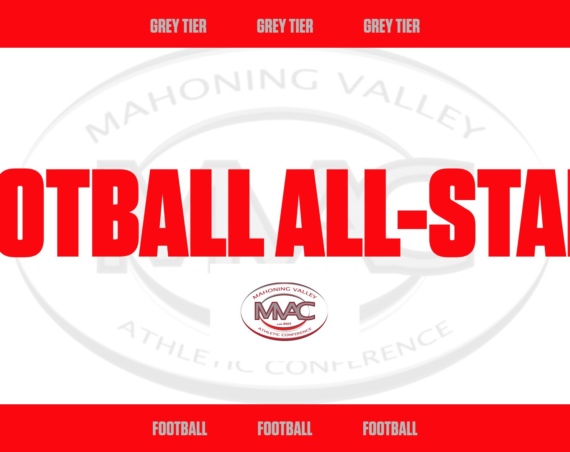