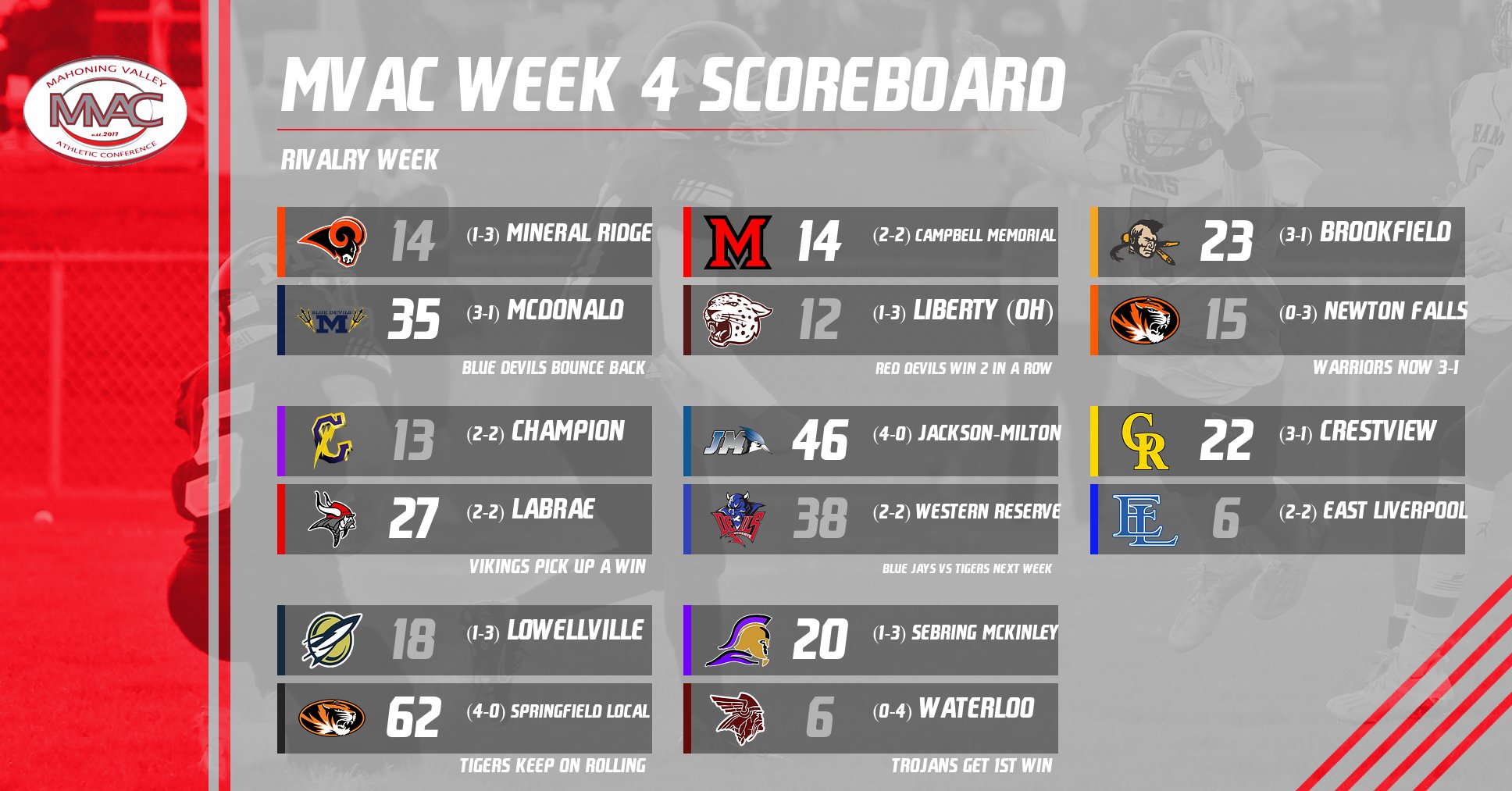 It was rivalry week in the MVAC this week. Springfield and Jackson Milton maintained their perfect season with key wins on Friday night. Sebring earned its first win of the season on Friday night over Waterloo. While McDonald downed its rival Mineral Ridge in its annual back yard brawl.

In the grey tier, LaBrae bounced Champion to give the flashes their first league defeat. Campbell Memorial has won two straight with a win over Liberty. Brookfield kept rolling with a win over Newton Falls. Crestview won in a non league game against East Liverpool.