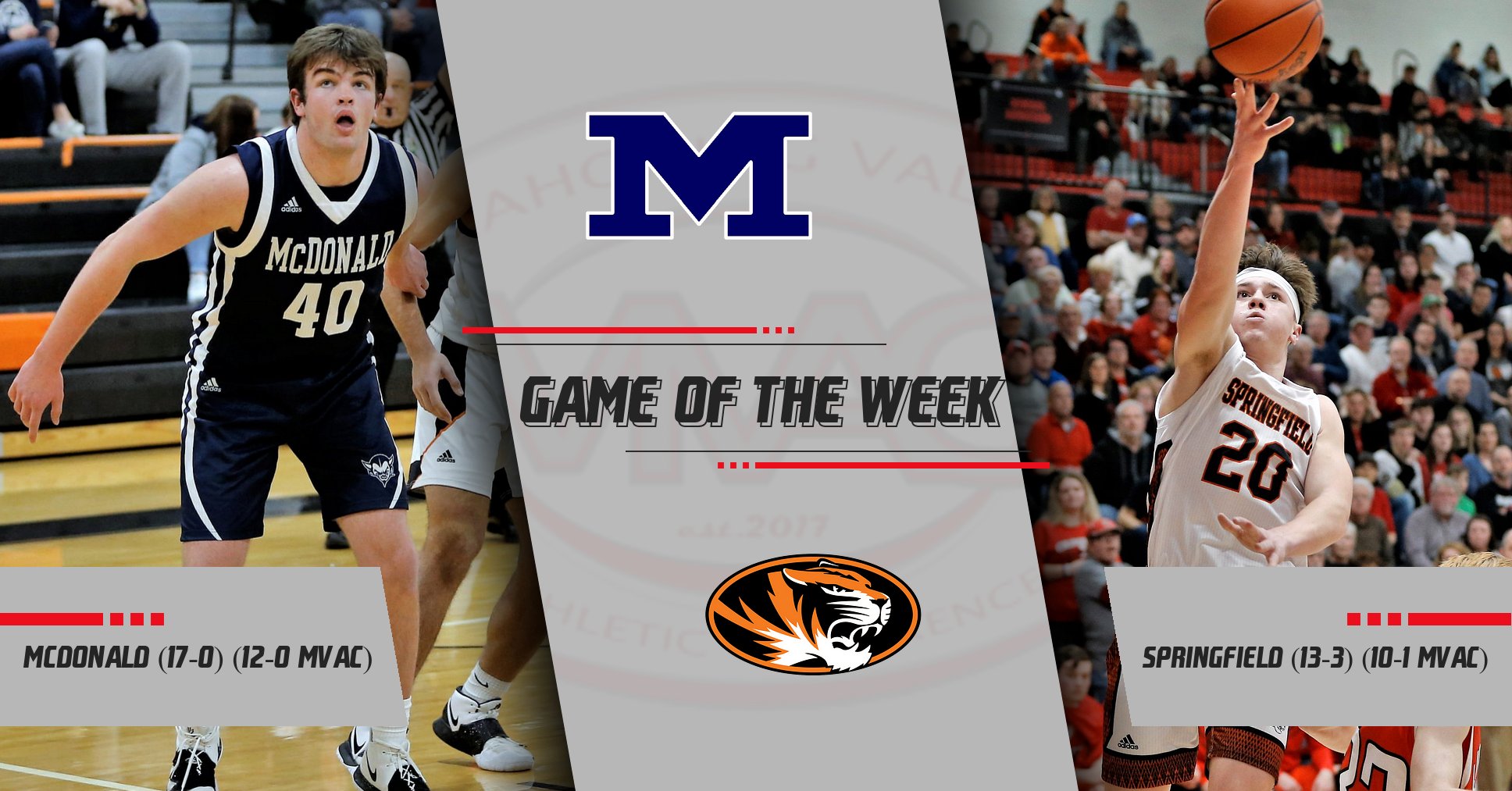 Tonight the MVAC Scarlet Division will be up for grabs in determining the league champion this year. McDonald who enters tonight’s game with an overall record of 17-0 and 12-0 in the MVAC will travel to Springfield who has a record of 13-3 overall and a 10-1 record in the MVAC.

McDonald who defeated Springfield back on January 12th 65-62 on a last second shot. Since that night, McDonald and Springfield continued to post wins. Tonight’s game will be broadcasted on television by WKBN as its Game of the Week.