Congratulations to the boys McDonald golf team as they repeated as league champions in the scarlet division at Salem Hills Golf Course.  McDonald defeated Waterloo by one stroke by a score of 350-351.  Leading the way for the Blue Devils was senior and MVAC Player of the Year Michael Porter who carded a 77 and junior Caleb Domitrovich who carded an 83.  Waterloo was led by senior Luke Simons who scored an 80 and junior Noah Hughes who scored an 87.

Head coach Matt Vukovic was named the Coach of the Year for the MVAC scarlet division. 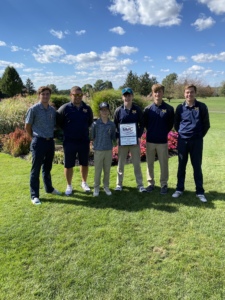 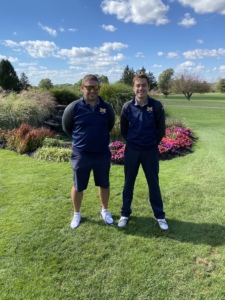 Results from the tournament: