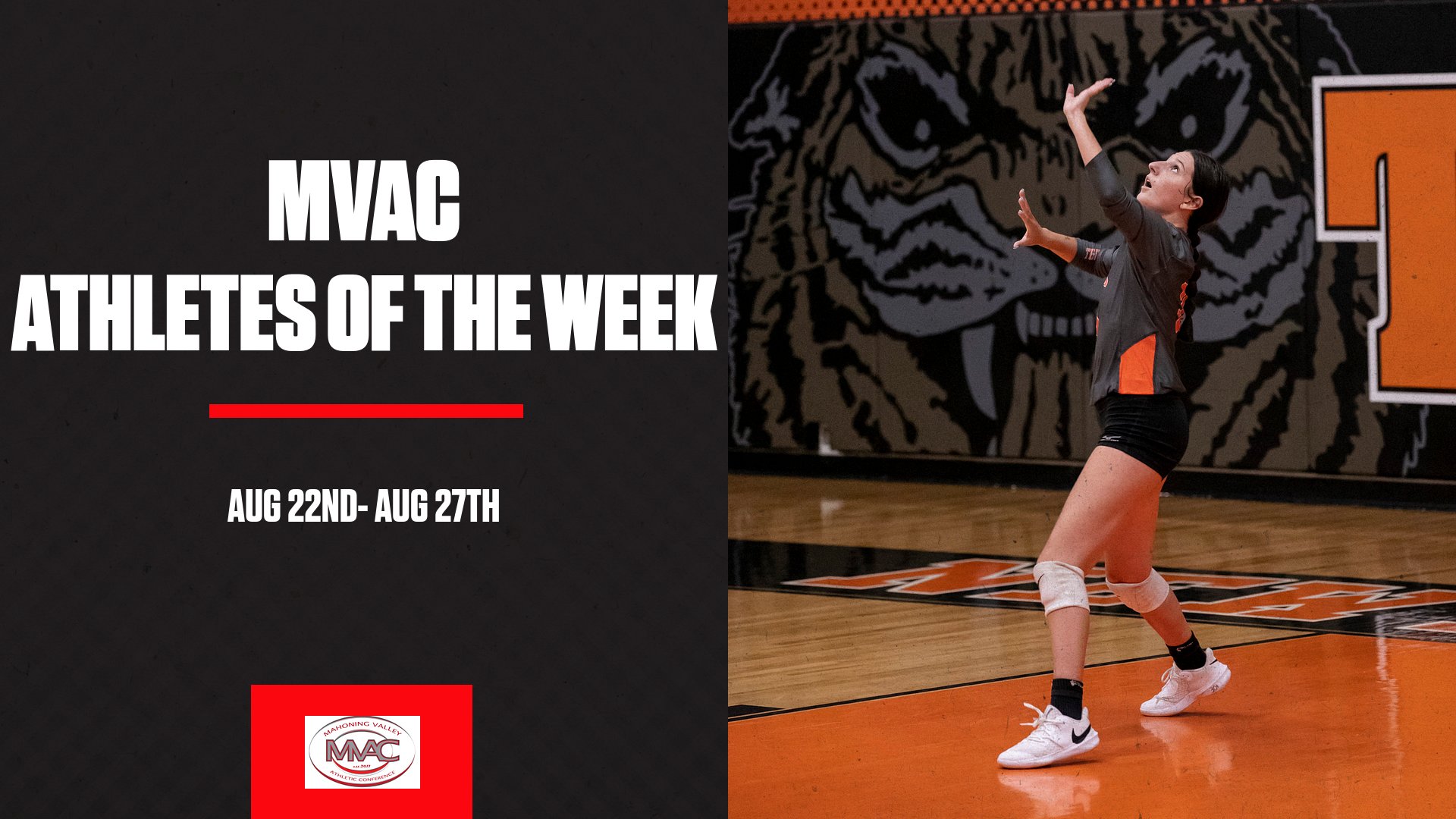 Nineteen Athletes from eleven different schools have been named the Mahoning Valley Athletic Conference Athletes of the Week.

Each athlete was nominated by his or her coach. All statistics incurred from August 22nd, through August 27th. 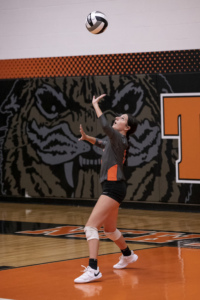 Coaches Quote:  “Natalee Albert is a rare student-athlete, that requires very little external motivation to perform with excellence in any undertaking she chooses,” according to coach Mark Baker.  “Her dedication to self-improvement is evident in all she does, and her ability to communicate with her teammates, especially the younger population is nothing short of exemplary.   Natalee treats others, with a level of respect and dignity that would be commendable for an individual of any age.   Natalee continuously provides students and teammates with positive role models and sets an example for others to follow.”

Coaches Quote: “Coming in as a freshman and playing the setter position for the first time ever, she has done a fantastic job,” according to coach Angela Jones.  “Her hustle is on all the time and I am looking forward to her hard work and dedication to the sport to pay off even more as our season and her career progresses.” 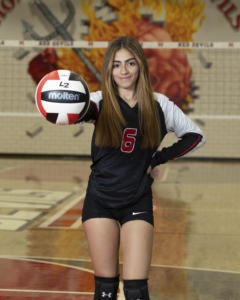 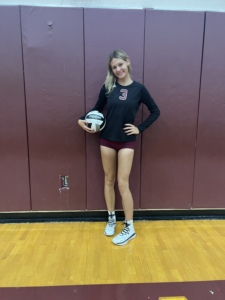 Coaches Quote:  “Lexi had a great first week of the volleyball season by having 25 kills, 14 blocks, and 6 aces in her first 3 games,” according to coach Kelly Barley.  “She not only is helping her team by putting up great numbers, she is also a great leader on the court by providing the spark we need. We are looking forward to seeing what else she does this season!”

Coaches Quote: “Grace is a complete 6 rotation player,” said coach Alisha Auer.  “She leads her team in stats but also with enthusiasm and excitement. She is a fun player to watch.” 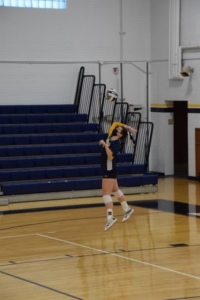 Coaches Quote: “Maria had three outstanding performances this week, leading our team in both kills and digs,” according to coach Mike Klockner. 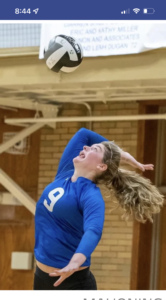 Coaches Quote:  “Alyvia is an outstanding all around volleyball player that fills up the stat sheet and is a great team player with a competitive spirit,” according to coach Kristine Hughes.  “Alyvia was the top player with service aces and kills on our team with the highest kill percent as well.” 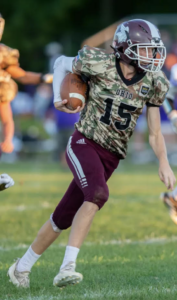 Coaches Quote: “Jayden showed great poise and really took control of our offense,” said coach Mike Devies.  “He has worked very hard to put himself in a position to be successful.  We are excited to see what the future will bring for him.” 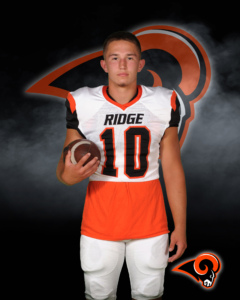 Coaches Quote: “Tristan Valley continues to lead the Mineral Ridge Offense with exceptional play,” says coach Brian Shaner.   “Averaging 144.5 yards rushing &amp; 149.5 passing per game, along with a total of 7 TDs over the past 2
weeks.  With this type of early execution, he has the Ridge faithful very excited.,”

Coaches Quote: “Donovan had a great game as being our leader and also showing plenty of toughness,” says coach Randy Clark. 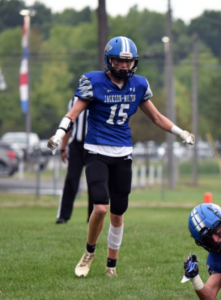 Stats:   7 catches for 75 yards including his first receiving touchdown of the season. He also recorded 7 tackles on defense in Friday night’s win over Newton Falls 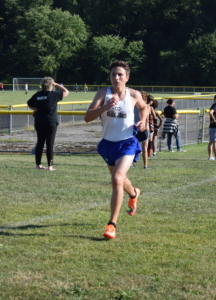 Coaches Quote:  “Over the past week Lucas participated in his first, ever, official cross country meet as
a new addition to our cross country team,” states coach Kayla Morrison.  Racing at the Billy Goat Invitational, Lucas took a top finisher spot placing 31st at the invitational with a time of 19:30. He demolished this time at his second race of the
season at Badger on Tuesday, running a time 18:35 and taking 4th place overall at the race. Lucas is a
leader on the team and an extremely hardworking and motivated athlete!” 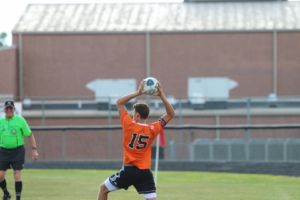 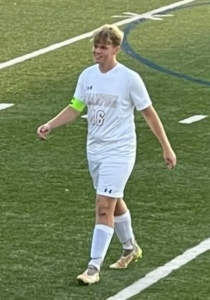 Coaches Quote:  “Preston was instrumental this week for the Champion Boys Soccer team,” according to coach Jaimie Futchko.  “After losing the home opener, Preston led his squad in two victories this week over Division 2 schools. Scoring the winning goals in each match and assisting in one.”

Coaches Quote: “Caitlin made some incredible saves vs Salem that kept us at least competitive in the game,” according  to coach Justin Kosek.  “She didn’t record any official saves vs Liberty but she anchored our back line with her instructions and got us moving towards our attack a few times.” 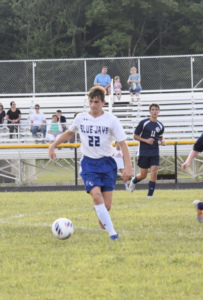 Coaches Quote:  “Brock joins us as an experienced player that adds a lot of control to our team,” according to coach Craig Fetkovich.  “We are looking forward to him settling into his role on the team.  He had a great first week of high school regular season.” 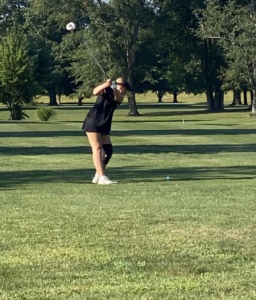 Stats:  Aubree didn’t shoot as low as she would have liked, but she shot incredibly well for having an mcl injury. She played through the injury and was a huge reason the Rams won a match against Pymatuning Valley last week.

Coaches Quote:  “Aubree has really put a lot of work in over the off season,” said coach Nick Flaviano.  “She has improved immensely and is never satisfied. She always is looking to improve and shoot better each match. Aubree is even playing through and injury and doing incredibly well!” 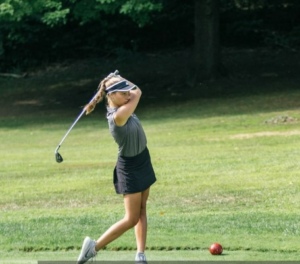 Stats:  Number 2 on the team

Coaches Quote:  “Kayla has stayed consistent throughout this season,” according to coach Elisa Morello.  “During our match against Labrae on August 28th, Kayla finished the match strong with a 47, defeating her opponent by seven strokes. Our team can always depend on Kayla to be her absolute best on the course. I see Kayla growing tremendously this season as a golfer.” 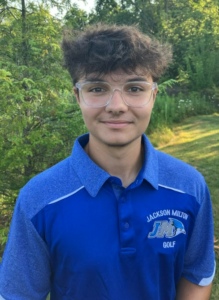